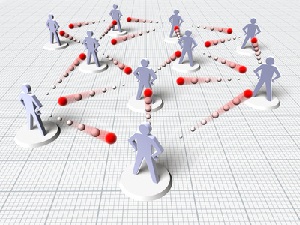 If you have just found out you have a urethral stricture, you will probably want to find out as much as you can about what to do about it, and what is in store. I know I did. When you go through something painful and unfamiliar, you want to find answers. You want to know if the things you experience are normal, or what is causing it, or how long it will last. You want to find out about ways to make things easier, more comfortable or less painful.

When I started this site, I was having trouble getting answers from the web. It turns out that urethral strictures and urethroplasty are quite uncommon. My surgeon told me that even within the field of urology, specialists in strictures are rare – about 1 urologist in 15 or 20. So I was going to have to go through it, find answers as I go, scour the web for experiences of others and clinical data so that I could provide as many answers and help as possible to others who are just beginning their own stricture journey.

I had my urethroplasty (the main treatment for repair of urethral strictures) surgery 12 days ago (see My Urethroplasty Is Done!) and I’ve been searching for answers again. This time my new experiences are the post-surgical things (mostly pain I didn’t expect) that I was unprepared for.

Again, I went looking for answers and the best ones came from other guys who had also recently had urethroplasty. Some of them came to me by commenting on posts – thanks Neil, Josh, Chris and Ray! But neither of them had the same pain I had. Fortunately, I found a forum thread where several guys reported having the same pain I was having (not to put too fine a point on it, but scrotal and testicular pain was the issue). It really put me at ease, since before I found that thread, I was doing the whole self-diagnosing thing that made me think I had some awful infection or worse. Now I know it is almost certainly an expected and much less worrisome effect of the surgical process. That is a serious relief!

I will, of course, ask my doctor when I see him for my follow-up/catheter removal/voiding cystourethrogram (VCUG) on Friday, 5 days from now. I like to have good data before believing it and passing it along. And I will do that next Friday. But if you would like to visit that forum thread I was talking about now, check out this link: https://www.medhelp.org/posts/Urology/Recently-had-a-Urethroplasty-done/show/1680722