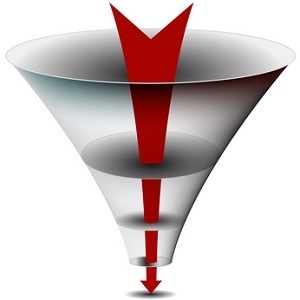 Today I had a uroflowmetry test, 7 weeks after urethroplasty surgery. This test measures the urine flow rate. You can read all about the details of what goes into this test here at the Johns Hopkins Medical Library.

The purpose of the test, at least after a urethroplasty, is to check on how well the surgical fix is holding. Prior to my surgery, which was needed to correct a urethral stricture, my flow rate had become essentially zero. At its worst, I could not pee at all. That was the day I went to the emergency room.

So after 3 months of bladder-rest, during which time I was fitted with a supra-pubic catheter, my urology team performed end-to-end urethroplasty to cut out portion of the urethra containing the stricture and re-attach the the two remaining healthy ends.

17 days after my surgery, the last catheter (the one placed during the surgery) was removed – a very happy day! And today, 7 weeks after surgery, they did my uroflowmetry test.

The result of that test was really impressive. I’ve reported that my own assessment of flow after the catheter was removed was “better than I’d ever had in my life,” at least that I remember. It doesn’t feel like it has changed from that level, and the result of my test seem to confirm it. I was at the 90th percentile – better than 90 percent of all men (about 35 mL/s)! My doctor said “I’m going to steal this and tell folks it’s mine.” He also said he’s never seen the flow rate score that high. Obviously, he hadn’t seen any of those top 10% until today:). According to the NIH article here: https://www.ncbi.nlm.nih.gov/pmc/articles/PMC1472847/ this is called “superflow,” which is usually only seen “after a de-obstructive procedure” like a urethroplasty.

That is one darned successful surgery!

Now, I’ve also been complaining in these pages about the pain I’ve been experiencing, even 7 weeks on. I was finally able to get my surgeon to examine me today about that pain. Up to now, I’ve only been able to communicate about this pain on the phone. Well, the verdict was that this pain is totally to be expected, even this long after surgery. In fact, he said it can take up to a full year to fully heal from the kind of trauma done during a urethroplasty!

This was actually comforting news to me. Knowing that the pain is normal, and not some infection, or cancer, or worse. So I am really happy about today’s test.

I’ll have to have to have periodic uroflowmetry for years to come, because guys who have had a stricture are more likely to get another one in their lifetime. But the small size of my stricture (less than a centimeter), and the type of urethroplasty I had (end-to-end) typically result in a 90+ percent long-term success rate. So even though I have several months to go before the pain goes away, I’m pretty confident I’ll be OK in the stricture department at least.