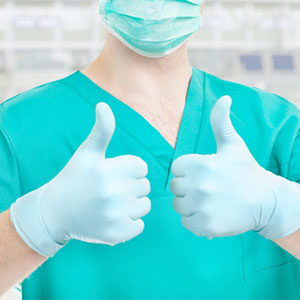 Today marks exactly one year since I had my urethroplasty – the surgery to fix a urethral stricture (which is a blockage of the urethra by scar tissue such that it is impossible, or nearly so, to pee).

365 days since that day, I remain completely fixed! My “water pressure” is excellent (last checked a month ago and certified above average for a male of ANY age:)). Once someone makes it to the 6-month stage and still have great flow, you’re said to have a 95+ percent chance of remaining fixed for the rest of your life. At the one year point, it’s basically certain. I am very grateful to have received such excellent care and had such an experienced surgeon (works in the VA).

There are several different kinds of surgery to fix a urethral stricture. But the kind I had – an “end-to-end anastomosis” urethroplasty – is now considered the gold standard of repair procedures. But it took awhile to get to the stage where the docs even knew they COULD do that surgery on me. They had to know the location and size of the stricture, and that’s very hard to do. Heck, even to get a correct diagnosis is hard. Why? Because it’s not uncommon for men, especially men over 40, to develop enlarged prostates. And the symptoms of that are – you guessed it – difficulty urinating. So people jump to conclusions and just assume the enlarged prostate is the diagnosis.

I had been taking medication to treat an enlarged prostate for over a year before it finally was determined that I had a stricture. Once that was fixed, it turned out I NEVER had an enlarged prostate at all! But it took a lot of pain and frustration in the ER on the day I woke up and could not pee at all. the nurses just simply couldn’t imagine that my problem was something other than the prostate. So with that as their assumption, they just kept trying to shove a catheter “up there” over and over and over, all the while shouting at me to relax. Their assumption as to why they couldn’t get the catheter inserted was that I was clamping down. After 3 different nurses, and eventually a urologist, tried. They decided (the urology folks, NOT the ER folks) I might have a stricture.

If you’re wondering – Yes, I did write and extensive explanation of this problem to the hospital. Hopefully that will benefit future stricture patients, as rare as they may be.

Anyway, I wanted to write a post to commemorate the 1-year anniversary of my surgery. I am feeling great and my water pressure, as I mentioned, is so above average that the urology docs always threaten to steal my flow-test print-out to pin to their own office walls so they could tell folks it was theirs:).