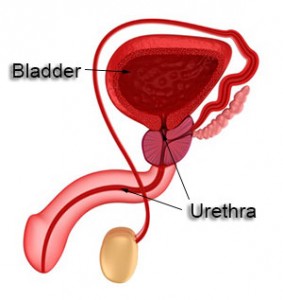 Do you know what an antegrade urethrogram is? One thing I’m finding out is that in urology, there are a lot of terms that just need looking up, because they are not common to lay people like me, who is just trying to make it through the many months I have to wear a suprapubic catheter and prepare for an attempt to fix my urethral stricture.

See? even urethral stricture is not clear right away. It means a blockage in the urethra. Anyway, I started this post by asking if you knew what an antegrade urethrogram is? For me, I first needed to look up the difference between antegrade and retrograde. Antegrade means “in the direction of normal flow,” in urological terms. With no other context, it just means “forward.” Retrograde means the opposite – “against the direction of normal flow,” or simply “backwards.”

Anyway, back to the original question about antegrade urethrogram. That means they want a picture of my urethra with something flowing the correct way, which at leas means nothing needs to be shot up my wee-pipe. But getting a picture of pee moving out of your bladder the correct way, which involves contrast dye again, is normally done by first putting in a catheter (yup, up the willy), then injecting the dye into the bladder, then taking a picture while the urine comes out of the bladder and out the regular way. This is actually called – ready for another really easy-to-understand urological term? – a “voiding cystourethrogram.” Wow. It definitely takes less time to say that than “x-ray you peeing after we shoot dye up your willy.” But it doesn’t convey that information to as many people (unless you know the urology handshake).

But if you are like me, by which I mean the urethra is blocked by a stricture (some scar tissue), you can’t do a regular old voiding cystourethrogram, because you can’t insert a catheter that way. People like me have their catheters stuck through their guts – the good old suprapubic catheter (see our article What Is A Suprapubic Catheter? for mor on that). So instead, if the docs want to get a picture of pee flowing the correct way through whatever part of the urethra it can get to before the dam caused by the stricture, they have to shoot the dye into the bladder via the SP catheter. I far prefer this, since I already have that catheter and need nothing to be rammed up any part of my body. But the name of the procedure is different. It’s an “antegrade urethrogram,” which you’ll know by now means a picture of the urethra when urine is flowing the normal way. Of course that’s exactly what a voiding cystourethrogram is doing. But they needed another name so it wouldn’t – you know – be confusing.

Anyway, now you know some new terms that hopefully will make things a bit less frustrating when talking to your urology team.

For a more scholarly essay on antegrade urethrogram, see this article: https://www.ncbi.nlm.nih.gov/pmc/articles/PMC2779975/