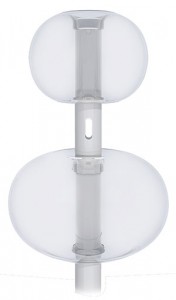 I’ve been writing about the logical replacement for the Foley catheter, which is 76 year old tech, and by its very design causes damage to the interior of the bladder. That logical replacement is called the Duette™ catheter, by Poiesis Medical. See The Duette – A Better Catheter Than The Foley, and Duette Catheter Kit Video Presentation for more on why the Duette is better.

It may be some time before the established medical supply system carries the Duette as standard in hospitals. But if you are a patient living with a long-term indwelling catheter, you may be able to use the Duette right now.

First, I would recommend asking your urologist/GP/nurse about replacing your Foley with the Duette.* It MAY be that if you show up with your own Duette kit, they will agree to use it instead of the Foley for your next catheter change.

But if you are one of the many patients who routinely change their own Foley catheters every month, you can order a Duette direct if you CLICK HERE.

Then the next time you get ready to change out your catheter, set up your kit and area as you normally would with a Foley. The ONLY difference in procedure is that you inflate two balloons with saline rather than just the one on the Foley. That’s it!

One you have the Duette in, you’ll likely never experience the discomfort of your bladder wall being sucked against and into the drainage holes of your catheter, which for me is one of the major sources of trauma and pain in the bladder. Likewise, you will experience a huge reduction in pokes to your bladder wall, which the tip of a Foley is regularly doing to you, especially if you are at least partially mobile.

All that translates into less pain, reduced risk of UTI, and overall a safer and more comfortable experience.

It may be difficult getting a Duette outside the US at the moment. There are licensing issues and logistical problems. So shipping might be quite expensive. I’ll update this information when this changes.