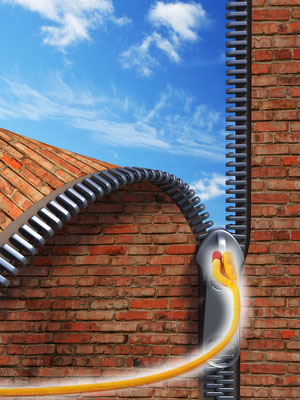 I have been catheter-free for 2 hours, the longest I’ve been without one since my ordeal with a urethral stricture began on February 8th, 2013. And it feels awesome!

As I mentioned in the post – My Urethroplasty Is Done! – I was scheduled to have a VCUG (voiding cystourethrogram (VCUG) today, which was 2 and a half weeks after my urethroplasty surgery. The VCUG tests whether the surgery was successful by filling your bladder – through the catheter – with contrast fluid, then removing the bladder and watching, under an x-ray, while you pee. If they like what they see (no restrictions in the flow and no signs of leakage), they let you leave without a catheter. And that is exactly what happened this morning:).

I was pretty nervous, worrying about pain and the possibility that things hadn’t healed yet, and I’d have to have the catheter put back in. The doctor said there was an 80 percent chance that things would work for the best. So there was a 1-in-5 chance things would NOT work out. That’s me. Mr. Positive.

I expected that it might be painful. I didn’t know what if would feel like to have the catheter removed in that way (I was knocked out in surgery when they inserted this last one. And during the previous 6 months, ( had a suprapubic catheter). It felt momentarily uncomfortable, for like 1 second. And trust me, when I say “uncomfortable,” I mean it didn’t rise to the level of “painful.” That is how much of a pain-weeny (phrasing) I am.

Everything else – the filling of my bladder, then the peeing – was totally painless.

What Did They Do?

So here are the steps of my VCUG? For this office procedure:

I have another follow-up appointment in 2 months, at which time they will do a flow-rate test. I’ll likely have periodic flow-rate checks for years to come, just to make sure I stay free of strictures.

I still have some healing to do from the surgery. My bottom is still too tender to sit down on regular chairs without my inflatable donut ring. I was told to continue to use soft pillows and/or the donut as I needed, until I could tolerate sitting without it. Also, I still have some pain in the scrotum from the surgery. That doesn’t happen to everyone, apparently. But it is not uncommon. They have to retract your scrotum (and contents, obviously) and hold it out of place for a few hours during a urethroplasty with a perineal approach. The remaining swelling and pain is from that. It will go away in another week or two.

That’s about it! I was not told to refrain from sex, but I will anyway, for a few weeks. One of the readers of this site was about a week ahead of me with his surgery/VCUG, and was told to refrain for 2-3 weeks. So that advice also seems to be variable from doctor to doctor.

As I write this, I’m getting the urge to pee, and it thrills me that I get to do it “the normal way!” I’ll continue to provide updates.

[First update. I went to the bathroom after writing this and my wife got concerned because I shouted “holy shit!” The reason I made such an exclamation was that the stream WAS SO STRONG. I actually had to step back about a foot further from the urinal. The was no pain for the first time in – well, I really can’t remember. And there was no dribble or need to shake, or need to squeeze out more when I was done! Sorry for the graphic nature of that explanation, but I had to describe it because it was AWESOME!]

* I mentioned that I SHOULD have had a bag (leg bag or bedside drainage bag) connected to my catheter. Why? Well, even though I was told by OTHER doctors that I could wear a valve instead of a bag (see my article – Using A Catheter Valve Instead Of A Leg Bag), that was ONLY after my 3 months of bladder rest (needed before the docs could get a truly accurate picture of the location and size of the stricture). But today, my doctor (the surgeon who actually performed my urethroplasty) said I absolutely should NOT have been wearing the valve AFTER the surgery! The reason is that allowing the bladder to fill puts pressure on the urethra, even if the balloon of a Foley catheter is blocking the way. If any urine gets into the urethra around the catheter before the repair has healed, it could easily wreck the repair! Fortunately for me, I kept using the bag for the first 10 days or so after the surgery. I didn’t switch back to the valve until the repair had healed. Also, I did not get any urine coming out from around the catheter (out the tip of the penis). So I dodged a bullet there! So here is the take-away for anyone about to undergo urethroplasty. DO NOT use a valve on your catheter. Just keep using the bag(s).